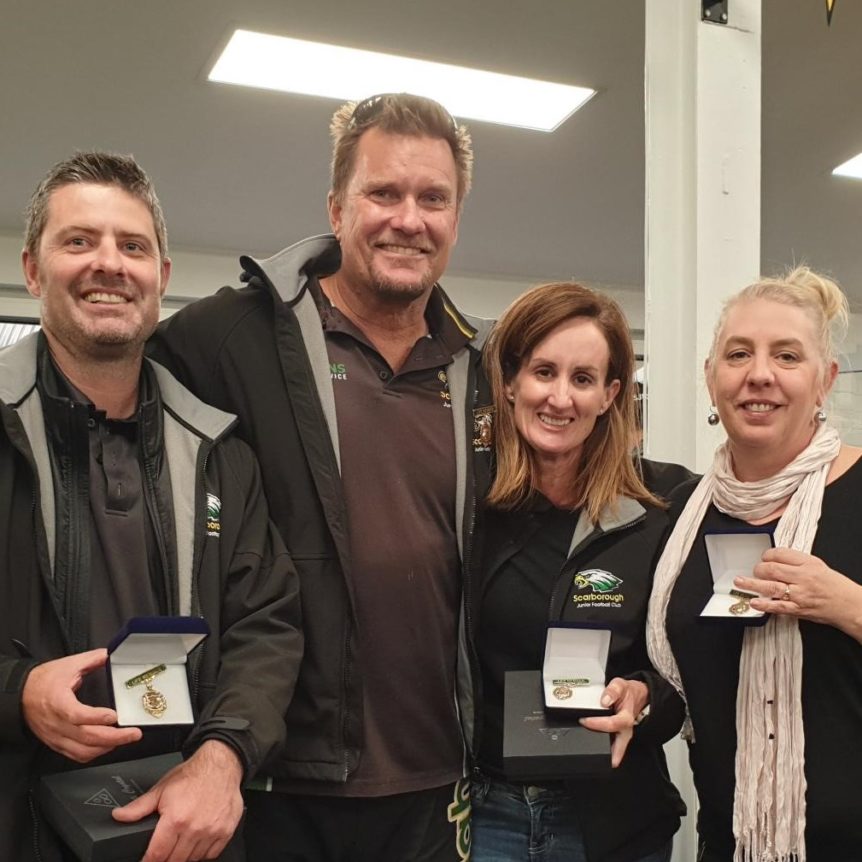 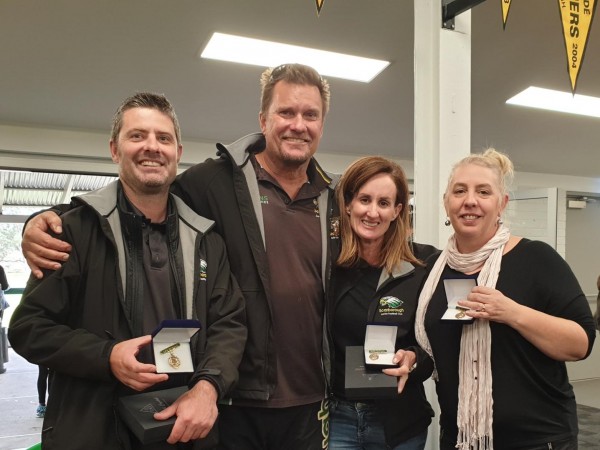 On Scarborough Day, the Club recognised and honoured the outstanding service of Justine Wheeler, Peter Riley, Gavin Dalziell, and Troy Ramshaw by inducting them as Life Members of the Scarborough Junior Football Club.

Justine has had a long association with the Club that has included Auskick Registrar, Merchandise Coordinator and general Committee Member. Beyond these roles, Justine has invested significant time and effort into ensuring every event, from Scarborough Day to Bogan Bingo, was a success for the Club and all of its members.

Peter coached the 2017 Year 11 side from Auskick and is a passionate and strong advocate for SJFC. He epitomises the Club’s values and ethos of good sportsmanship, teamwork and community; Peter remains a great mentor to a lot of his players post-football. Peter’s youngest son Campbell plays in the Year 7 side, so Peter will be with the Club for a few seasons yet!

Troy and Gavin have coached and managed the 2019 Year 12 U18s side since Auskick (Troy reluctantly had to step back this year due to work commitments). Throughout this time, they have also routinely volunteered at Club fund raising events and attended social events. As a coaching team, they have the respect of the players and parent group, and the team culture they have developed is evident in the competitive and fair way the team plays football.