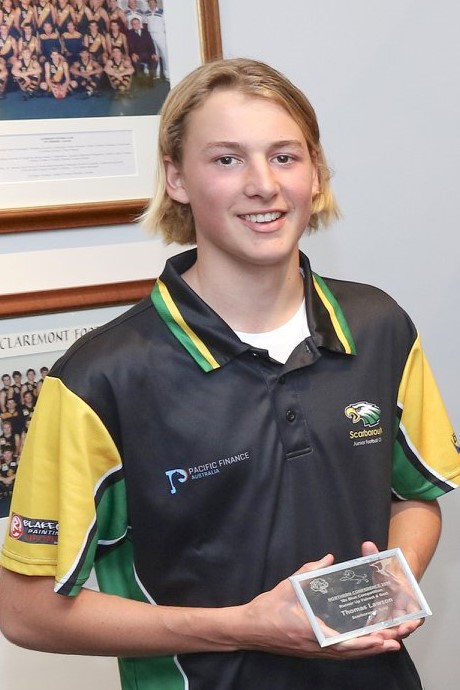 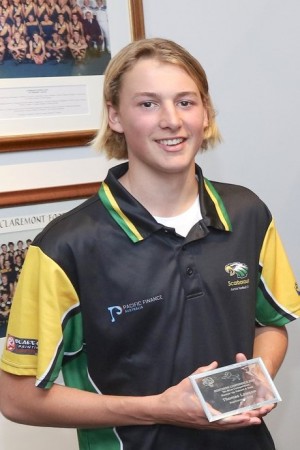 Congratulations to Thomas Lawson for being Runner-Up in the Northern Conference 18s Blue competition.

The 18s Blue Fairest & Best was a very tight contest, with Kaible Bailey from Brighton winning with 13 votes, and Thomas just 2 votes behind in a four-way tie for Runner-Up with Alex Chew (North Beach), Bailey Greenslade (Quinns), Ruben Smuts (Sorrento Duncraig). In addition, three other players, including Dan Donovan and Tim Hogan from Scarborough were just 1 vote outside the awards with 10 votes each.

Well done Thomas, the Club is very proud to have you wearing the Sea Eagles jumper.

The Northern Conference (Claremont, Subiaco, and West Perth districts) Fairest & Best is decided by the umpire votes awarded after each game. The awards recognise outstanding performance and sportsmanship in each competition. 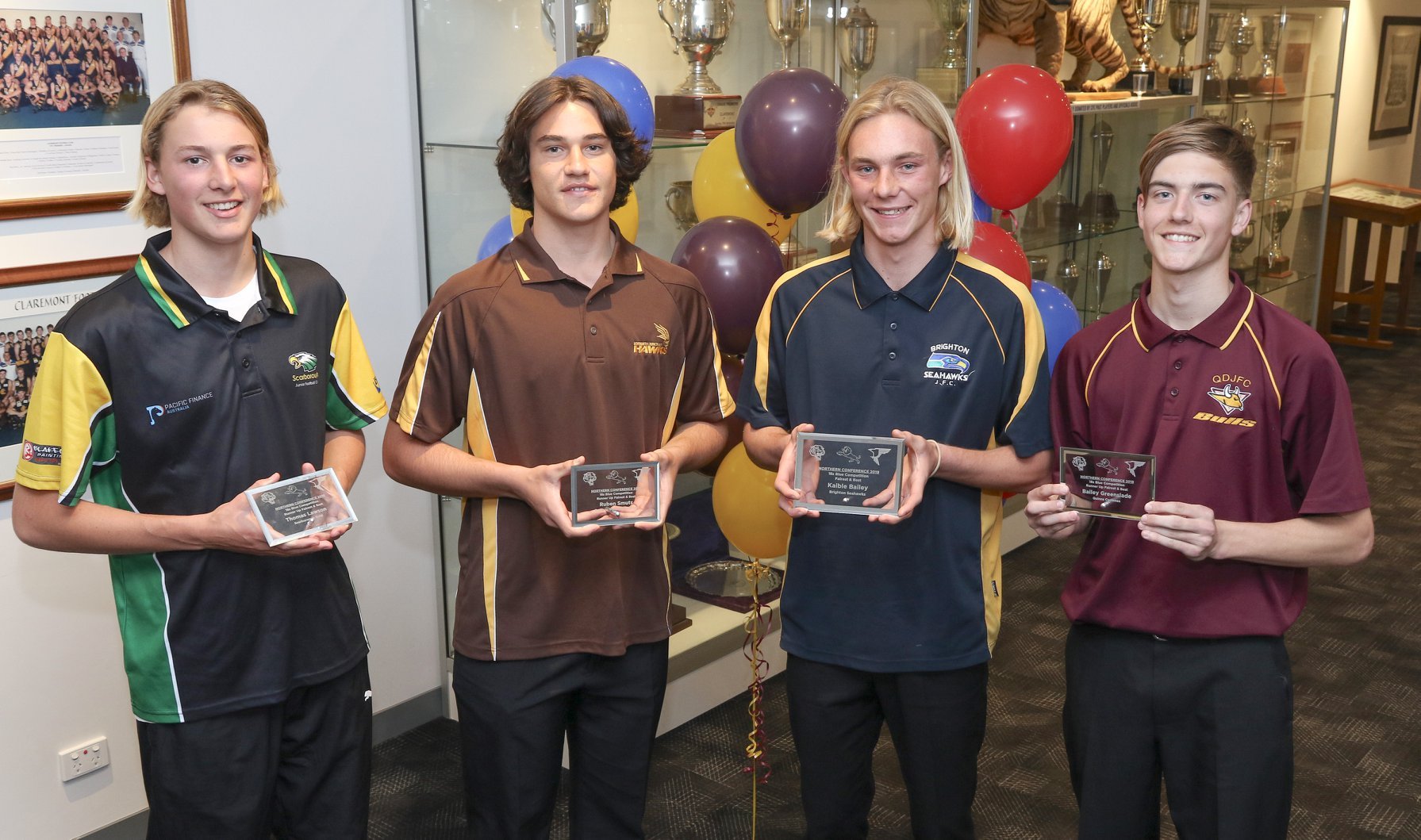