Life Membership of the Scarborough Junior Football Club (SJFC) recognises the significant achievement and contributions of people from the football community who have rendered outstanding service to the club.

At the meeting to decide on the nomination/s the Committee shall, in regard to the following criteria, determine if the nomination is worthy. The emphasis in this determination should be heavily on critical appraisal of the level of service to the Club required to be a Life Member. If there is any doubt of such a level being achieved, or lack of information about the nominee that makes such a conclusion impossible, then Committee members should consider voting in the negative. To be successful the nomination should receive over 75% support at the Committee meeting.

Criteria for consideration are as follows:

The nominee must have made an outstanding contribution in at least one of these areas over a minimum period of seven years with active involvement in the support and development of the Club.

On average one to two Life Memberships are likely to be awarded each year.

Life Membership nominations should consider the overall and significant contributions of individuals to the Club and Football community that goes beyond the ordinary for an extended period of time. Length of association with the Club alone is not a deciding factor.

Life Members will be invited to Scarborough Day and other events as determined by the President and Life Membership will be awarded with a trophy and small gift to the value of $100.

Life Member’s name will be embossed on the Life Members Honours Board. 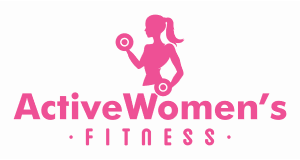