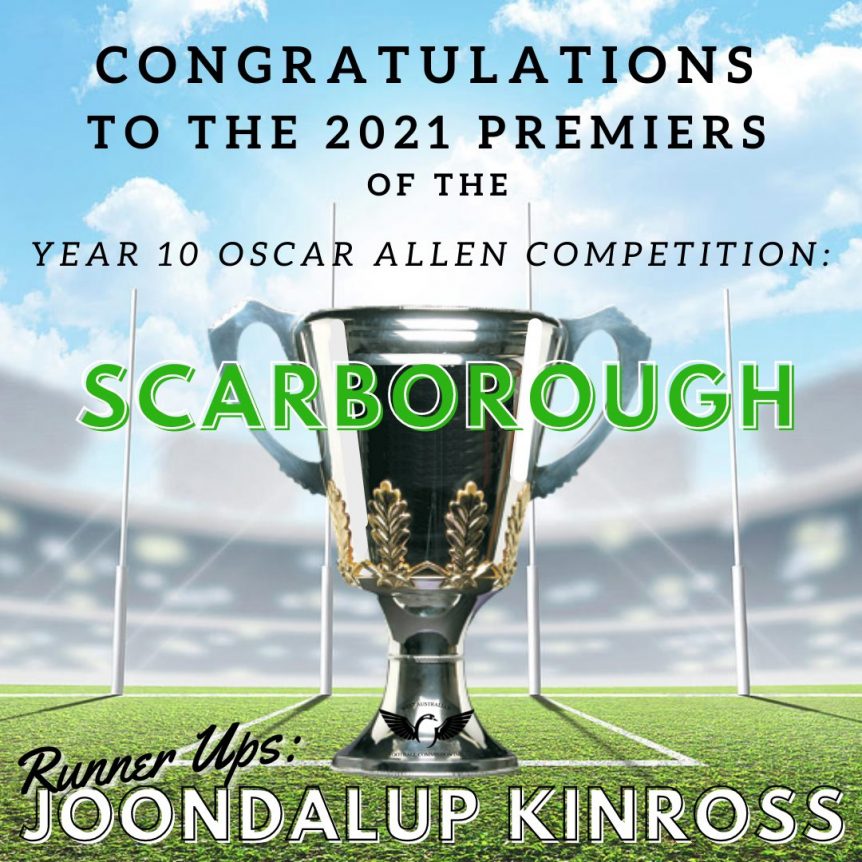 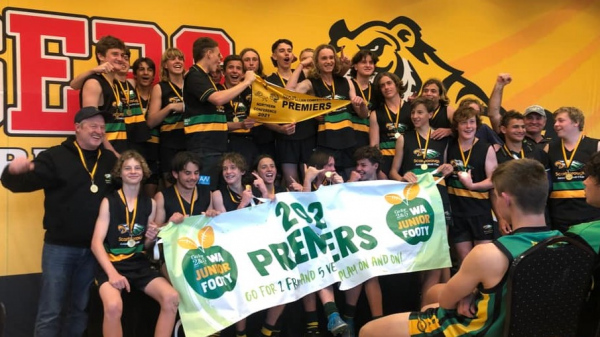 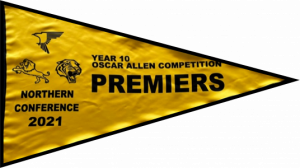 The footy gods had blessed us with a stunning day and now it was over to the boys to get out and do what they do best. The team had played in two previous grand finals and never even been in front on the scoreboard in those games. So when our captain, Max Stafford ran into an open goal to put up the first score of the day, we felt confident that we were up and about.

From there the game seemed to be a tight struggle for its entirety, with Joondalup Kinross proving to be a formidable opponent and showing why they finished top of the table. At three quarter time we were roughly a goal down and we probably had a 1 – 2 goal wind advantage in the last (anyone’s game). Once again it was  goal for goal and hard to pick a winner.

With around 6 or 7 minutes to go, Joondalup kicked a goal to put them 6 points clear. They then had it in their forward line for what seemed like an eternity, but somehow didn’t hit the scoreboard, mainly due to some heroic efforts from our back 6 who were absolutely incredible on the day and all year for that matter. We some how extracted the ball from deep in defense, moved it quickly and bombed it long to the goal square where it cleared the pack and Cody Angove pounced on the ball and made no mistake.

With only a few minutes left, Joondalup had another chance but our defense once again stood tall and we managed to win it forward with another long kick to the top of the square, where James Knapton threw himself at the marking contest and took a strong contested mark , straight in front. The crowd went “Bananas” (huge, predominantly Scarborough crowd ). There were only seconds left and all we needed was a score to put us in front. JK put it through and by the time the ball got back to the centre, the siren had sounded.

This was a heroic effort from all the boys, they had worked so hard for this and finally, they could now call themselves premiership players. 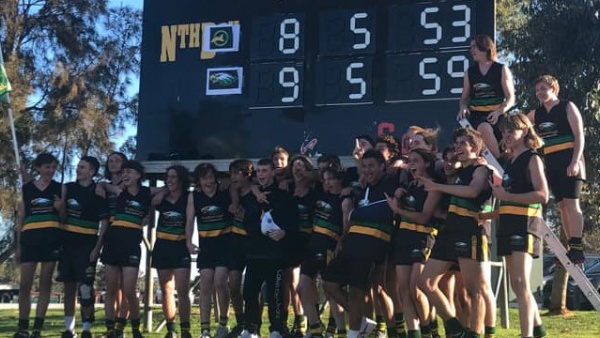