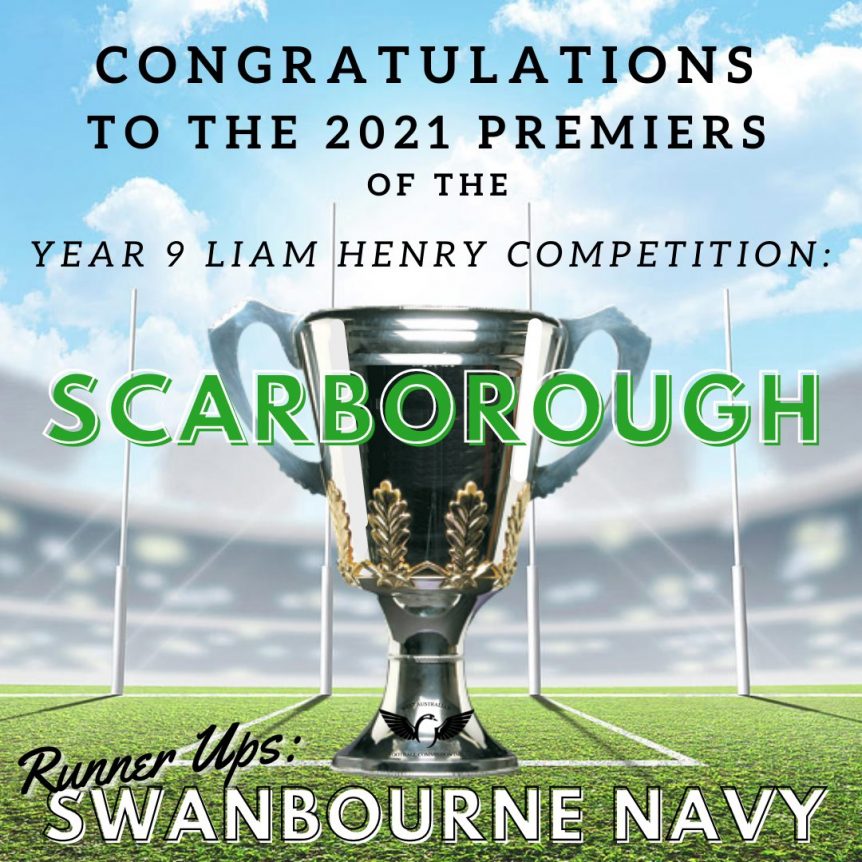 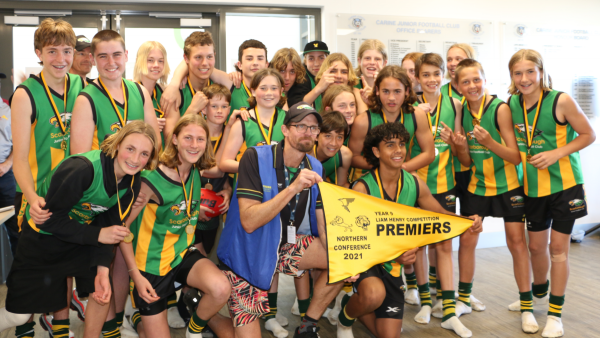 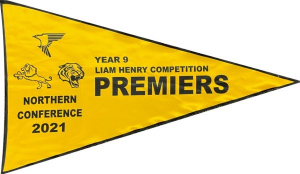 The Scarborough Year 9 team consists mainly of boys who commenced at Scarborough in Auskick with some newer recruits over the last few years who have been embraced by the team. Alongside their long-standing coach James Howard, in 2021 Scarborough Amateur player Sol Slattery joined the team as assistant coach to help inspire the boys and further their skills. The alignment of these two talented coaches gave the boys the next level of their development as a team and the potential to win a Grand Final.

Scarborough commenced their season with a solid start, winning most of their games which saw them move up a grade. Moving up a grade provided these young men a new challenge and a hunger to prove themselves. Over the course of the season every player stepped up by taking on their role which made them an unstoppable, cohesive unit. This resulted in the team going undefeated, winning by significant margins in most of their games.

Just before the finals, a couple of key players were injured, including their Best and Fairest Joey Hopkyns, causing fears to creep in that the dream of a Grand Final could be lost. Throughout the season the boys had become a well-oiled machine, but the injuries forced some of their roles to change and they were required to embrace the new team structure. The prelim final tested if the boys had what it took to win a final. Once again, they dug deep, trusted in each other, believed in themselves, and dared to dream. This game proved to be as challenging as expected but the boys were able to stay composed, pull everything they had out on the day and bring home the win.

The dream of being in their first Grand Final was upon them as they turned up at the Carine ground to meet Swanbourne Navy who had played in a Grand Final the previous year. The boys arrived at the game already extremely proud of going undefeated during the regular season, and having their captain, William Thomas, voted the League’s Best and Fairest. As the boys entered the changerooms they were each presented with a piece of paper written by their peer leadership team that recognised their individual strengths and what they needed to bring to the day’s game. This was the moment of truth where each of them had to decide how much they wanted the win and what they had to do to make it happen. This was their moment to shine.

From the first bounce down, it was obvious to everyone that Scarborough were there for a purpose and that was to bring home a flag. Cooper Howard had taken on the role of ruck and gave his team an advantage in the centre circle. Every tackle, every mark and every handpass was delivered with intent and precision by every one of the Scarborough boys. By halftime the scores were Scarborough 51 to 15 for Swanbourne.

In the second half the Scarborough boys continued their momentum with their coaches, families and supporters relishing in their cohesion and talents. Harry Hunt, and Lachy Ord Hume continued to utilise the centre tap, passing the ball to Will Thomas who ducked and weaved through the opposition. Tristan Rourke played with intensity as a solid defender and mid fielder. The leading goal kickers were Will Thomas and Charlie Brunton who, despite being injured with a fractured rib, kicked a bag load of goals with limited game time. The favourite goal of the game was when Isaac Cohen utilised his speed and soccer skills to flick kick the ball through the big sticks.

The final margin of 85 points Scarborough was a true testimony to the incredible determination, skills and cohesion of the team led by the outstanding coaches, manager Hayley Wibrow, and supported by the boy’s families. The boys were ecstatic at their result, but they still showed outstanding sportsmanship taking the time to help the opposition to their feet. To top the game off, the Scarborough captain Will Thomas received best on ground.

It was a day to remember as many players never have the opportunity to play in a Grand Final. 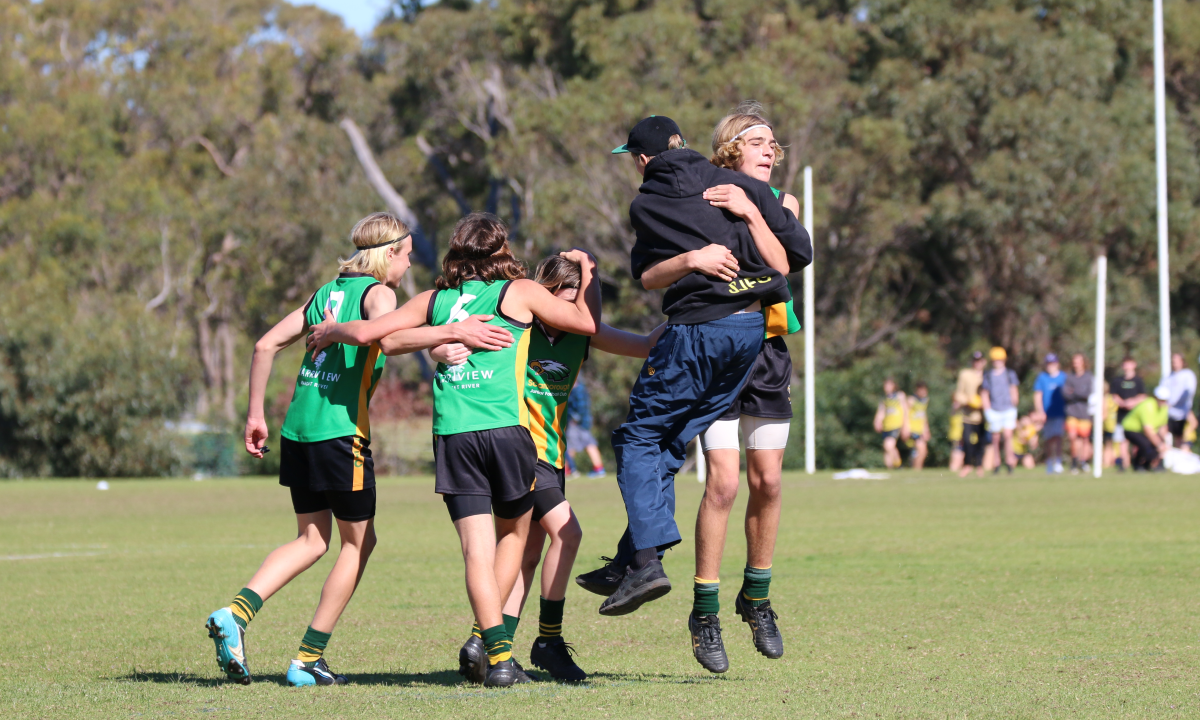 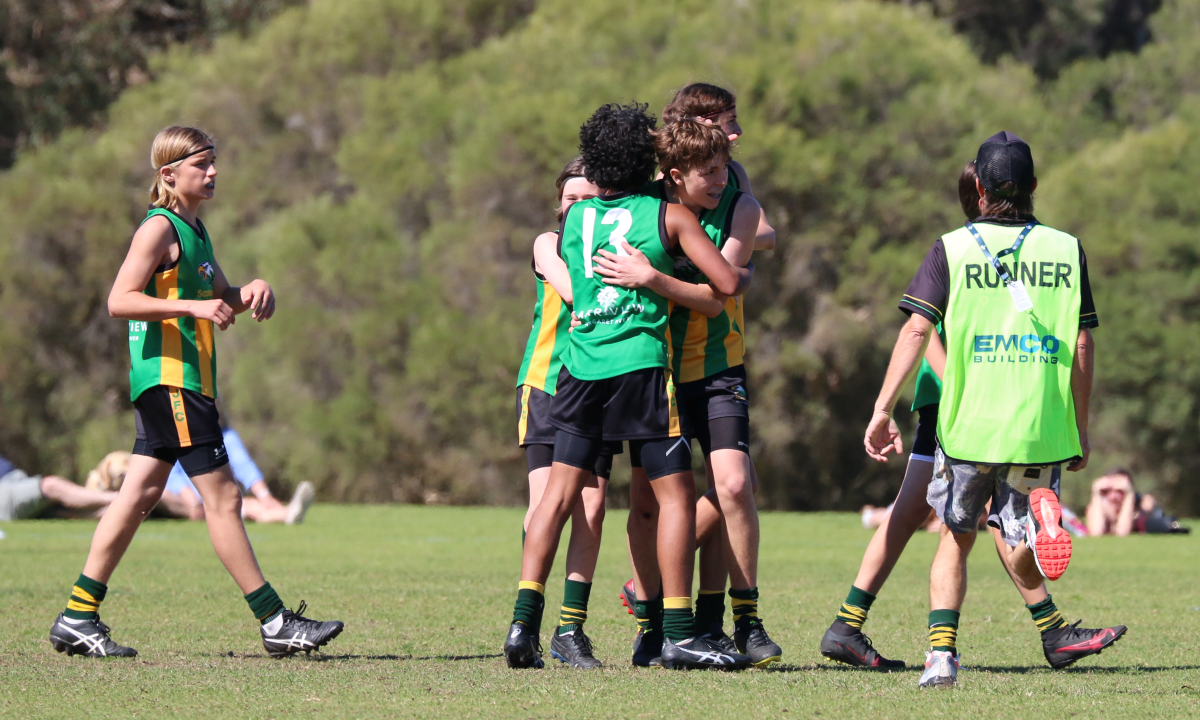 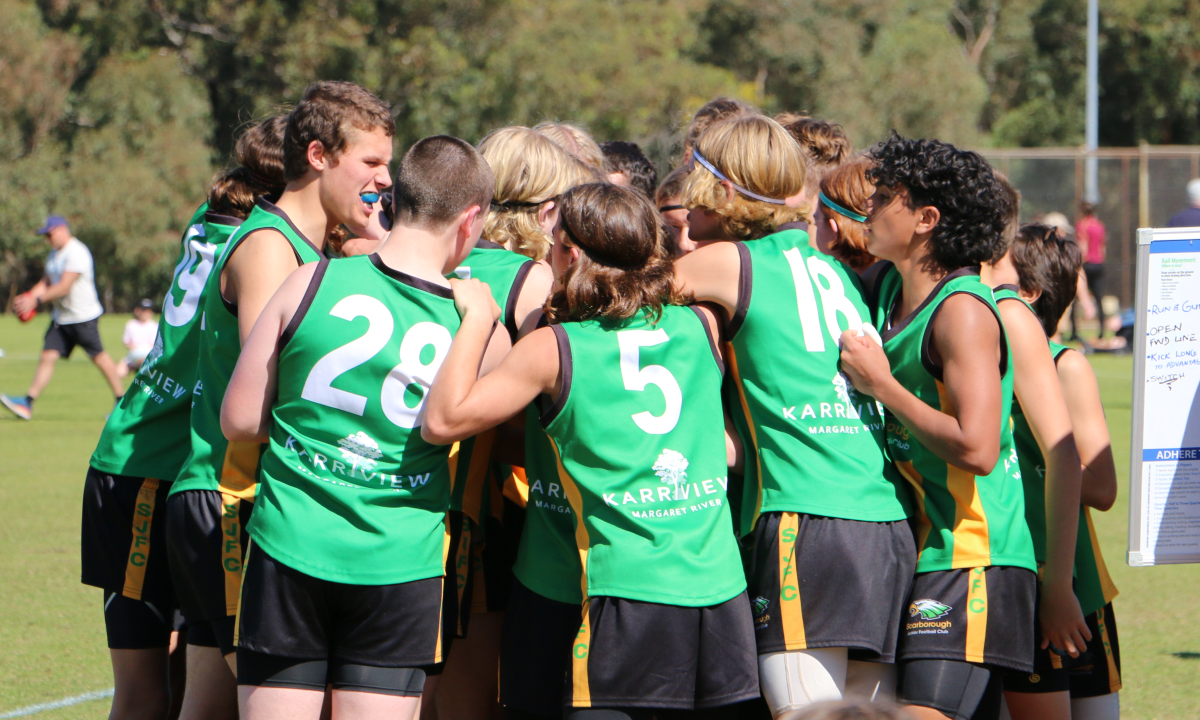 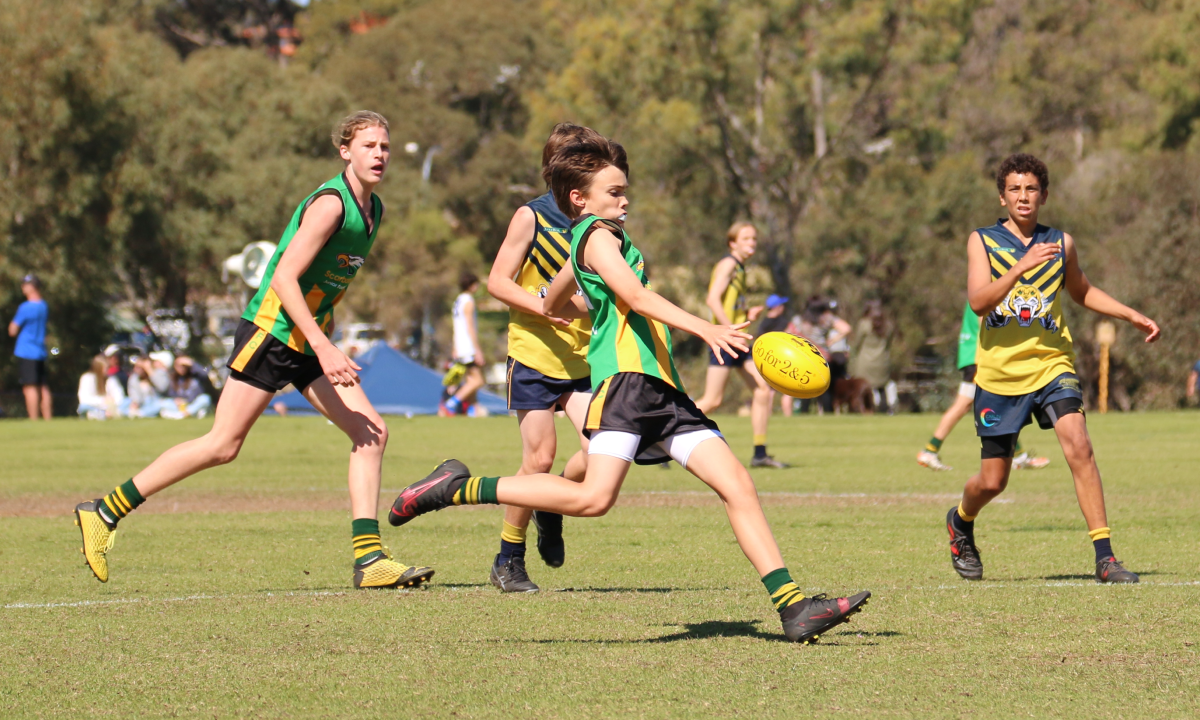 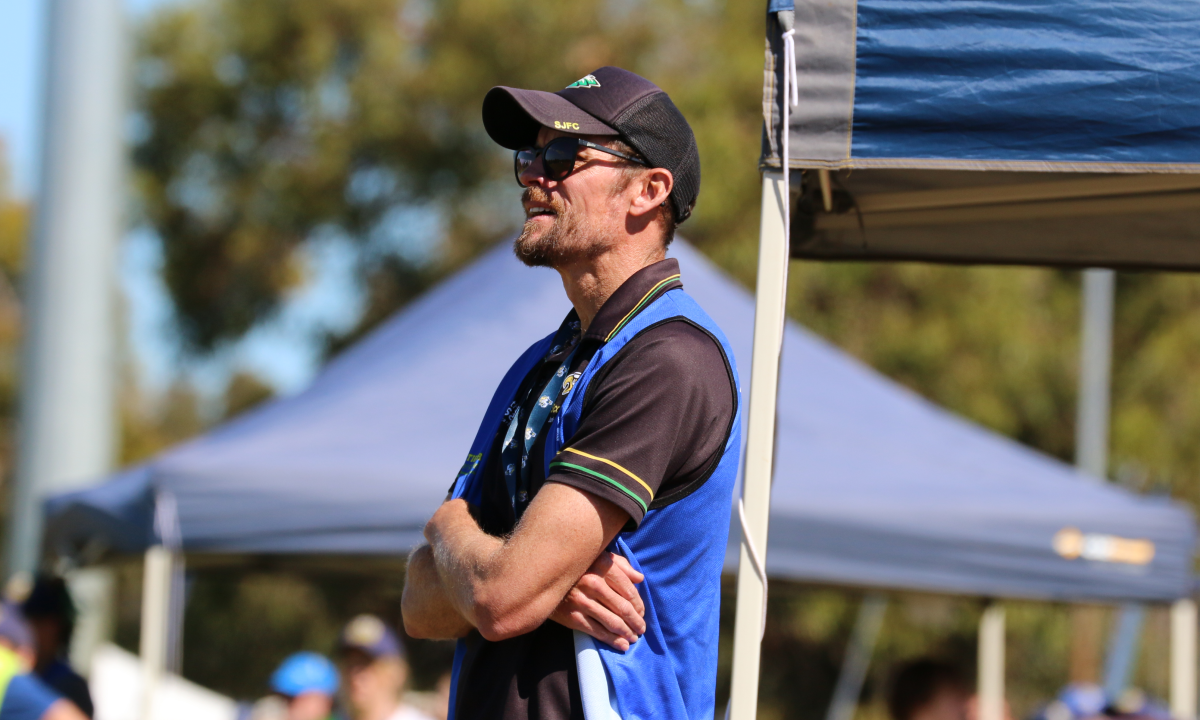 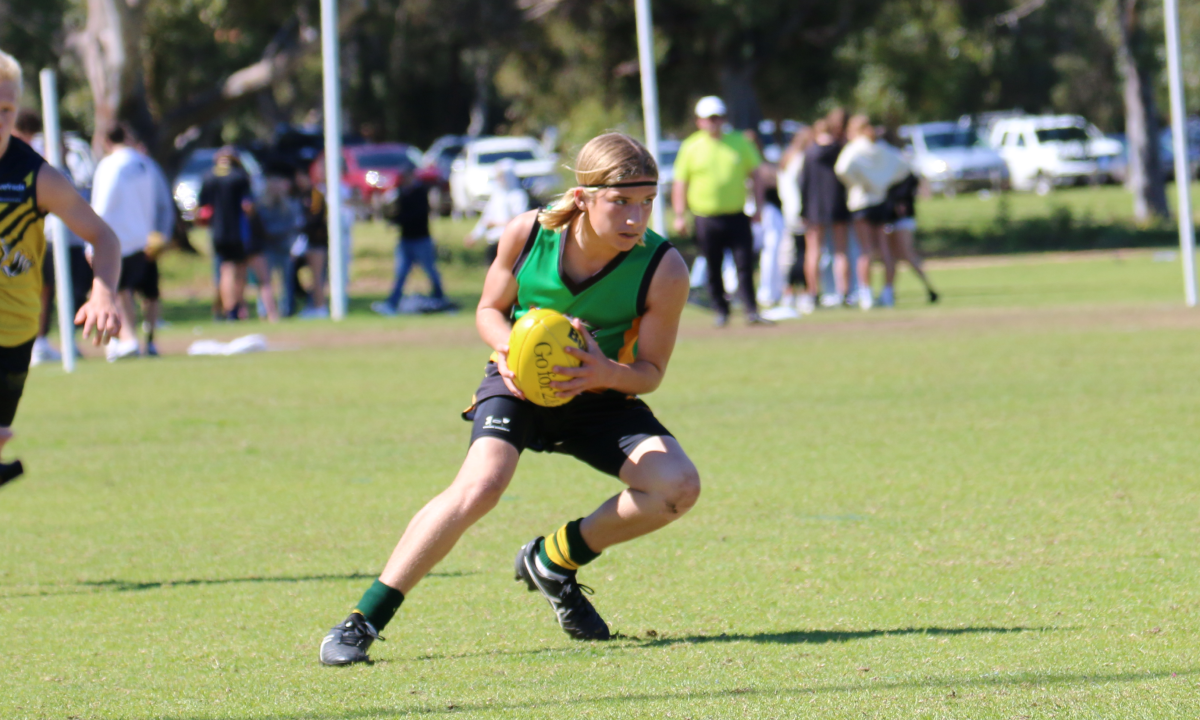 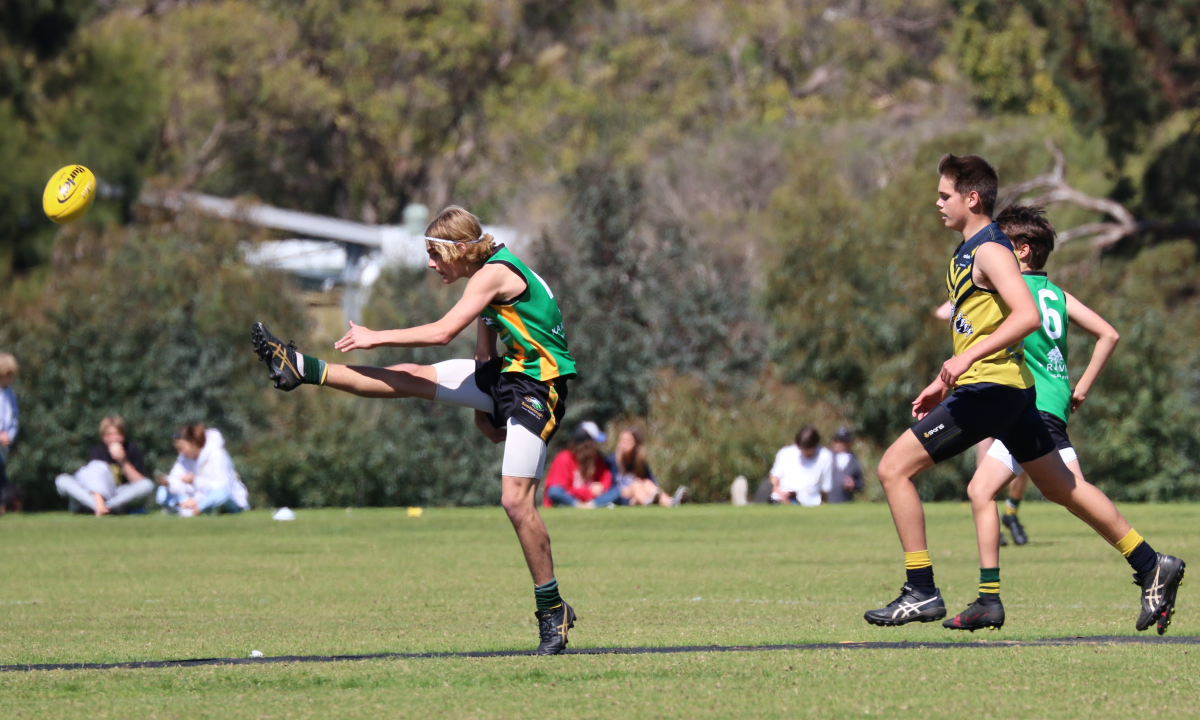 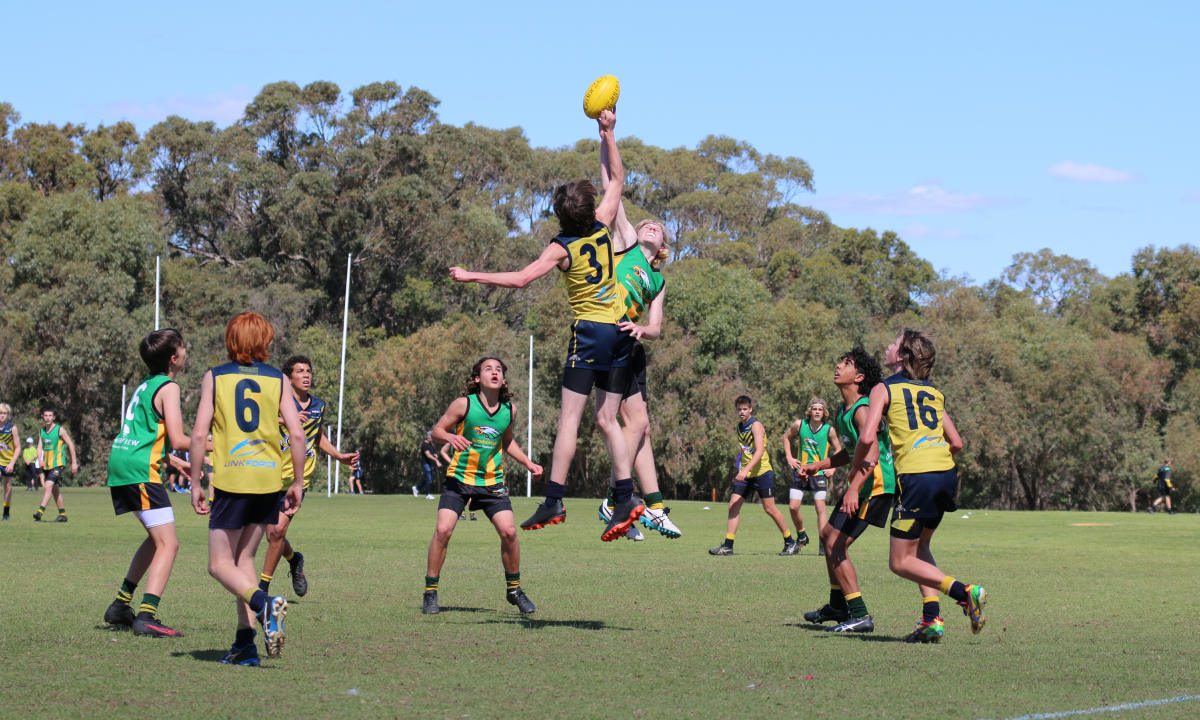 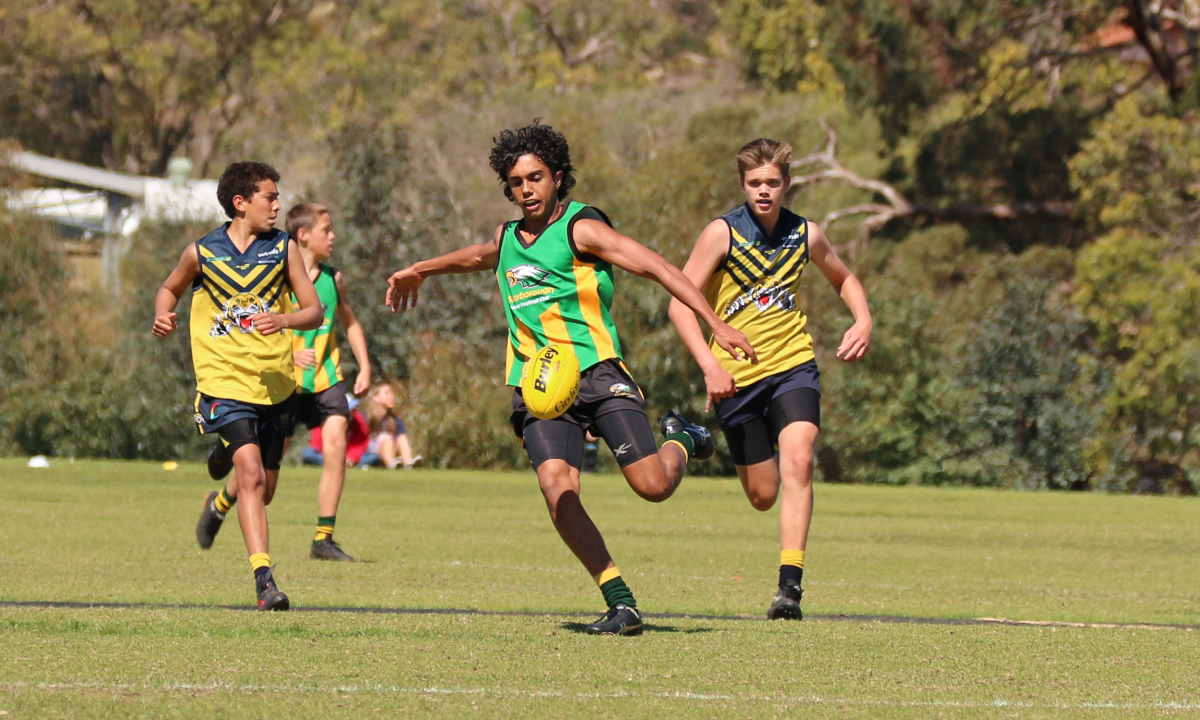 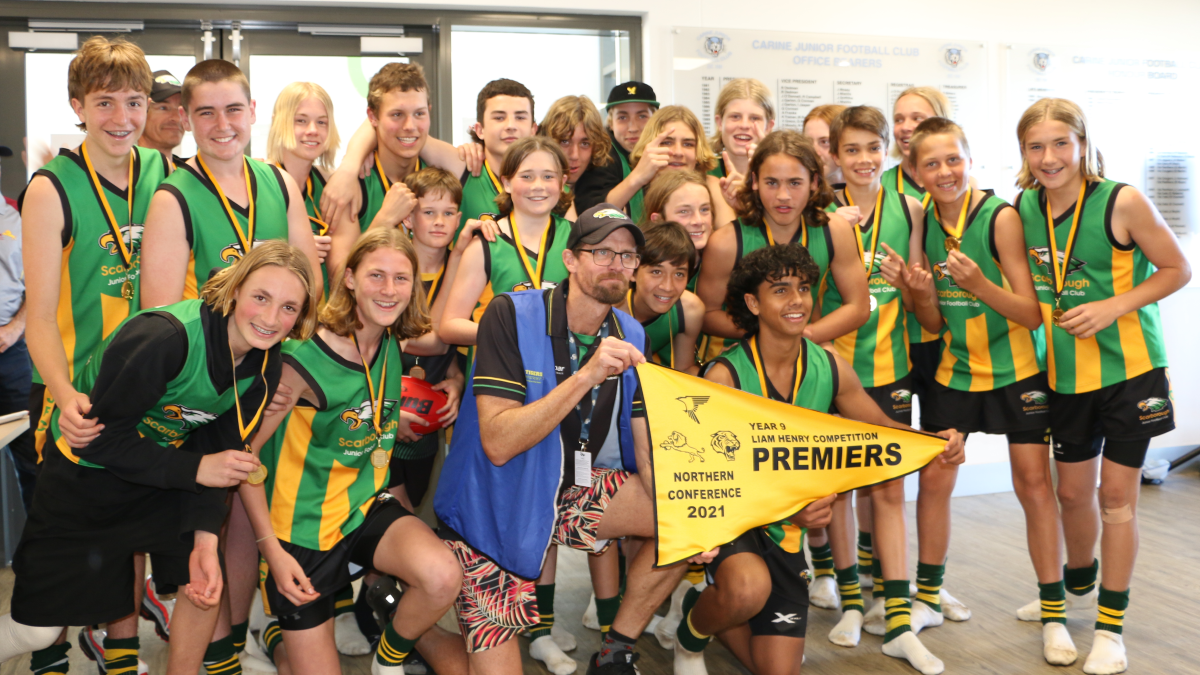 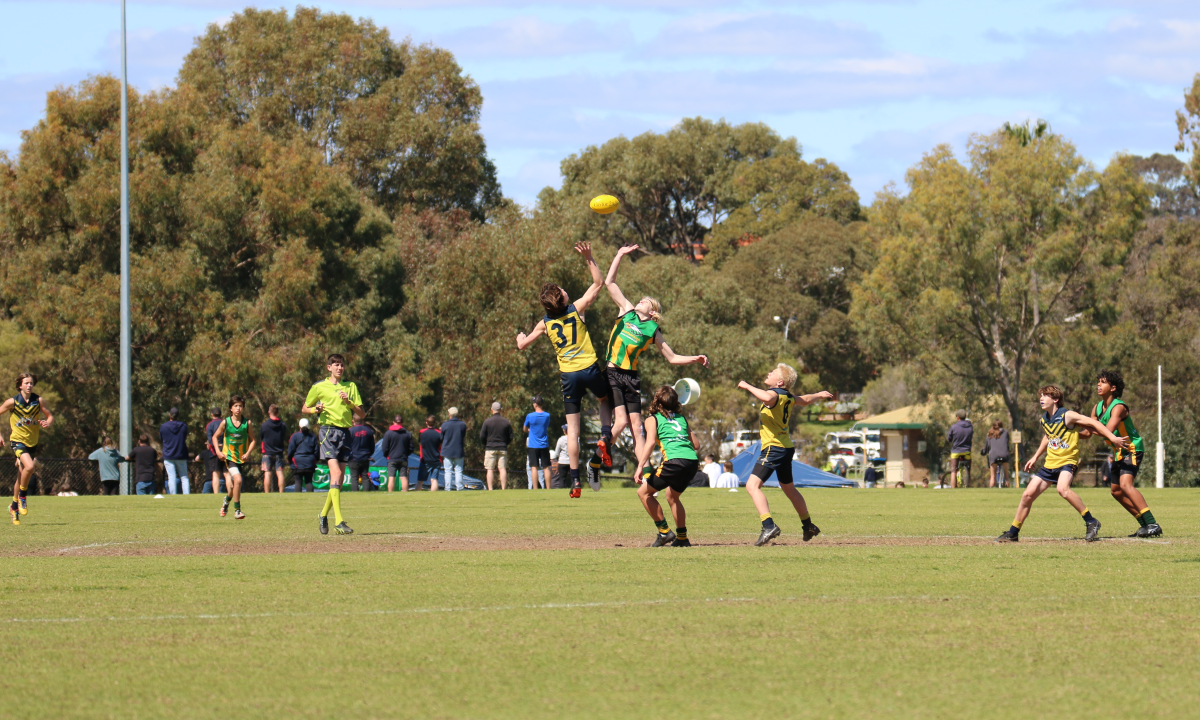